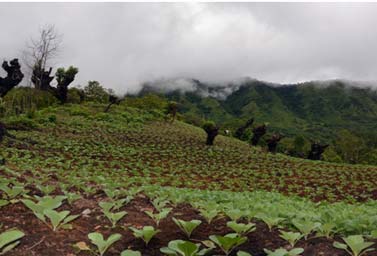 At a time when the Community Society is being fragmented down into an individual society, Zhavame village under Phek District stands as an example of the old adage “Unity is strength” especially when it comes to farming. The Village with 1143 households and a population of 5702 is one of the most well-known of the Vegetable Villages in the State as the people there farming community of Zhavame village has skillfully mastered the art of vegetable cultivation which are organically produced by default. The village is well known for its off-season cabbages, potatoes and a host of other seasonal vegetables which is sold off across the State as well as the neighboring States. At present, over 550 households are actively involved in vegetable cultivation which has churned in rich dividends for the community. The villagers reportedly earn an eye-boggling income to the tune of crores of rupees just from the sale of vegetables every year.

The Zhavame Model of Cultivation is something which every village not only in the State but across the country needs to adopt for a rich and socio-economically sound society.