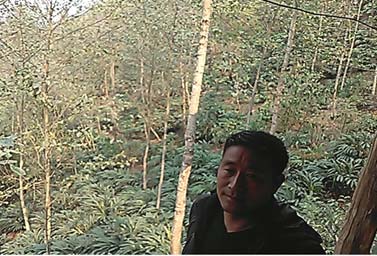 The initial hurdles and discouragement as in every new venture did not dampen the villagers’ spirit which was ultimately rewarded. With around 250 ha under L/cardamom cultivation and approximately 11, 65,000 plants, the farmers of the village are reaping the rewards of the seed sown years ago. During 2017, the sale of 7 tonnes capsules @Rs. 500/Kg fetched the villagers an income of Rs. 35 Lakhs, in addition, income of Rs. 11 Lakhs was also generated by the sale of around 220000 Nos of Large Cardamom suckers to the Department. Chingmei village has certainly set the trend for taking up Large Cardamom as an profitable alternative to Jhum cultivation in Tuensang district.